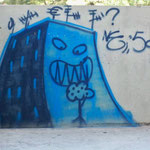 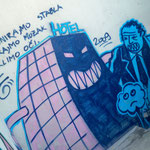 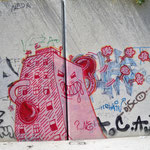 »... Today we can speak of an overwhelming amount of volumes (in sociology, philosophy, political theory, literature theory) that try to come to terms with some aspects of private and public. The reason that Richard Rorty's decisional divide has become so influential lies partly in its seemingly easy applicability:

“I want to save radicalism and pathos for private moments, and stay reformist and pragmatic when it comes to my dealings with other people.” (Rorty 1996: 17)

However complicated this recipe gets when one thinks it through, it still seems to be very practical and user-friendly. It was not before Rorty’s debate with the deconstructionist camp that his division of private and public proved to be “privatistic” itself. As a matter of fact, it was exactly its universal scope and liberal rhetoric that raised most of the suspicions. The debate over private and public as it was published in Deconstruction and Pragmatism (1996) showed that to draw a line between the private sphere of the (post-)modern individual and  the way he enacts himself in – both in the normative and in the descriptive sense – seems to be a simple task only if we remain on the surface of the problem. ... «

Ivana Perica: “All citizens who left their homes without a real need are responsible for the injuries they obtained.” The contemporary privatism in the patriarchal guise >>